Yellow House Community (YHC) is an intentional residential community located in the walkable village of Middlebury, Vermont based at 29 Seminary Street in a beautiful, historic yellow house.

YHC provides adults with intellectual and developmental disabilities with safe, residential family households, meaningful vocation, and the support to continue developing skills, interests, and relationships. Yellow House provides day programming and assistance with community-based employment and integration for its residents.

Yellow House Is A Community Within The Community

Our supportive family environment encourages and celebrates the unique abilities of every individual with the intention of providing a meaningful adult life for all of our residents and staff. Our culture is one of deep respect, kindness, love, and fun.

YHC was founded in 2019 by two families planning for the future of their adult children with special needs. YHC has become an opportunity to design a future for these young adults that is full of love, joy, and purpose and that extends beyond what families can offer in their homes and after they are no longer alive. YHC recognizes that this is a concern of many families presented with similar circumstances.

YHC founders and staff believe the solution exists in community – both in the community of Middlebury, Vermont to which both founding families are physically and emotionally connected and invested – and also in the creation of another community within Middlebury where adults with special needs live, work, and play side-by-side with individuals and families who are dedicated to creating and sharing this experience. Beyond the house, we have developed and continue to develop productive relationships with many local organizations. 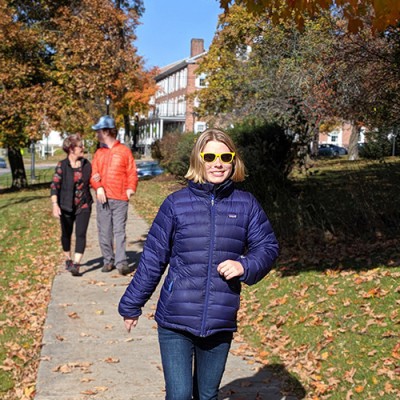 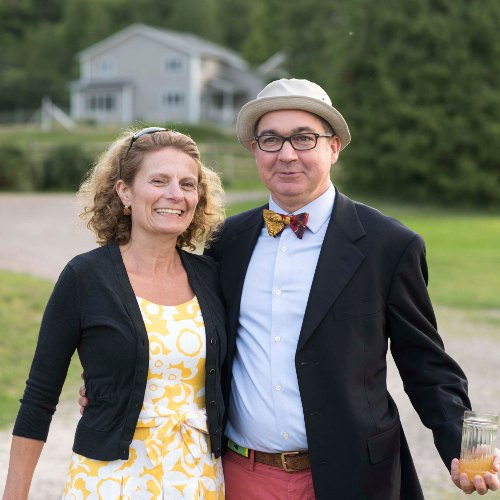 Andrea and Chris have lived and worked in the village of Middlebury since 2003. Andrea grew up in Rochester, Vermont and was delighted to return to the Green Mountain State after many years in New York City, which is where she met Chris. Andrea is Principal and Co-Founder of Vermont Integrated Architecture, P.C. (VIA), a full-service architecture and planning firm in Middlebury.

When not at Yellow House or VIA, Andrea chairs the Board of the Bridge School and is a founding board member and active participant in the Climate Economy Action Center of Addison County. In her “free time,” Andrea hikes, gardens, and plays her guitar and 5-string banjo!

Chris is a fine artist (printmaker and painter) who finds great joy in studying and capturing the human face. Inspired by many years of living in Africa and Asia, Chris collects masks and sculptures that abstract and accentuate the unique features of the human visage. You may have seen Chris’ faces on the silo of the Bridge School on Route 7 north of Middlebury.

When not painting, Chris is at work at the Middlebury College Museum of Art maintaining and preparing the College’s vast collection of works of art on paper. Chris is a racquet sport afficionado. From tennis to paddle tennis and even pickle ball…look out!  In addition to their son Pierce of Yellow House, Chris and Andrea have a younger son, Jackson (also a racquet sport master), two dogs, and a very large cat. 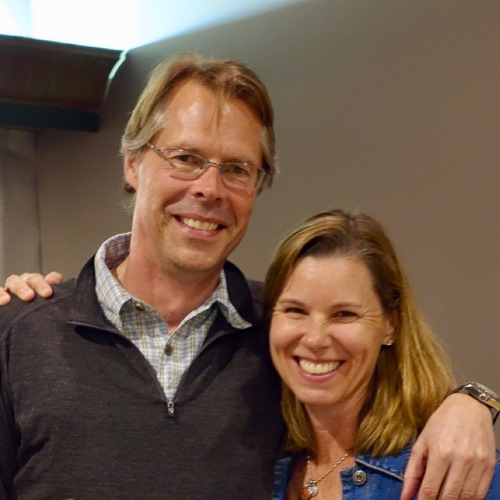 Joe and Kristen were both born and raised in Cleveland,Ohio, but it wasn’t until they were both students at Middlebury College that they met. Following graduation from Middlebury in 1990, Joe and Kristen moved to Piqua, Ohio where they began adult life. Joe began work at Hartzell Propeller, Inc. where he has built a career focused on manufacturing operations primarily related to aviation and aerospace. He is an avid pilot and logs hundreds of hours a year flying for business and pleasure.

Kristen has spent her life working with and raising kids. She received a Masters of Education from the University of Dayton in 1995, and taught early education and primary grades, before having children herself.Along the way, she has been an active volunteer and board member for schools, teams, and other organizations committed to healthy kids.

The Browns have four children, Katherine, Bip, Jack, and Joe and enjoy spending as much family time together as possible, preferably on mountains or lakes.

Joe and Kristen long dreamed of returning to Vermont in some way, and as they pondered their daughter Bip’s future, the village of Middlebury seemed an idyllic place. Settling in Cornwall, the Browns now look forward to being neighbors with all of the Yellow House residents. 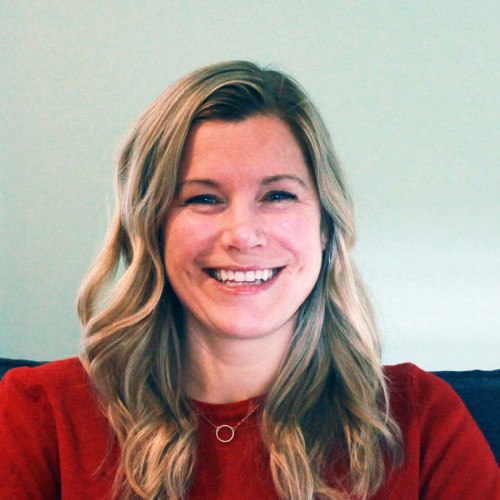 Elise grew up outside of Seattle, Washington and ventured to Vermont to attend Middlebury College. She fell in love with the Vermont lifestyle and, after graduating in 2004 with a degree in Psychology, was determined to stay in the Green Mountain State. Education presented an opportunity for Elise to combine her enthusiasm for working with people with the desire to impact the community in a meaningful way. She quickly developed a passion for special education, and spent twelve years working for the Diversified Occupations Program (D.O.), a regional special education program located at Middlebury Union High School. As a Special Educator at D.O., Elise was blessed to work with a gifted team of educators who taught her to celebrate each individual’s unique abilities and that all students can be contributing members of the community. She also learned that enthusiasm is contagious and learning can (and should!) be fun.

Elise is excited to have started a new chapter of work supporting this unique population of individuals. Her role at the Yellow House Community has allowed her to build on her commitment to serving adults with developmental disabilities, and presented stimulating challenges in the areas of leadership and entrepreneurship. Elise is thrilled to be giving back to the Middlebury community as a member of such a positive and progressive organization.

Outside of YHC, Elise enjoys spending time with her husband, Zak, and two young children, Tiller and Timber. Gardening, cooking, paddle boarding, and spending time on the lake top her list of extracurricular favorites. 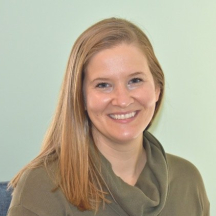 Hillary Warren, who uses the pronouns she/her/hers, is excited to take on the new role of YHC Program Coordinator. She joined the Yellow House staff after years of working with children and young adults at schools, summer camps, and in private homes in a variety of roles. Hillary has worked on behalf of the State of Vermont for several years, interviewing folks with disabilities about their experience with state funded supports. She brings with her a unique understanding of what life is like for Vermonters with disabilities and the people who love and care for them. She has a deep passion for our environment and loves farming and cooking nutrient-dense and healthy foods. Hillary lives in a yurt on the budding homestead she shares with her husband and old, but still quite frisky, rescue dog. 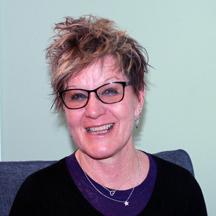 Kim Franklin collaborates in programming and support with Yellow House Community Friends.  Finding herself here at this time feels to her like a lovely progression and culmination as she has worked with young people professionally for the past twenty-five years; as well as being the mother of three.  Early education, special education, youth recreation and managing a restaurant dining room in a college town have all informed who and where she is today.

Kim lives in Middlebury with her partner (and colleague) Tom and their 5-6 cats and every day has reason to appreciate all that this area has to offer.  Gorgeous scenery, trails to hike and bike and a community of talented and generous people; willing to share their time, passions and gifts.  Kim feels it is definitely all about connecting and celebrating. 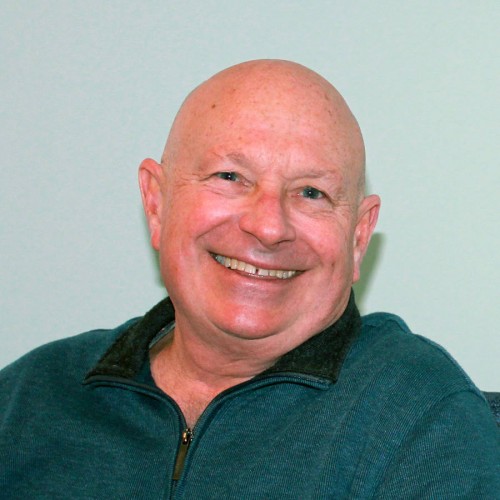 Tom O’Connor works at the Yellow House Community as a program support person.  For 35 years he worked as an educator, primarily at the Mary Hogan Elementary School in Middlebury, VT.  His duties there included time as a regular Classroom Teacher (2-6) and as a Special Educator (K-6).  Tom currently lives in Middlebury with his partner Kim and many cats. 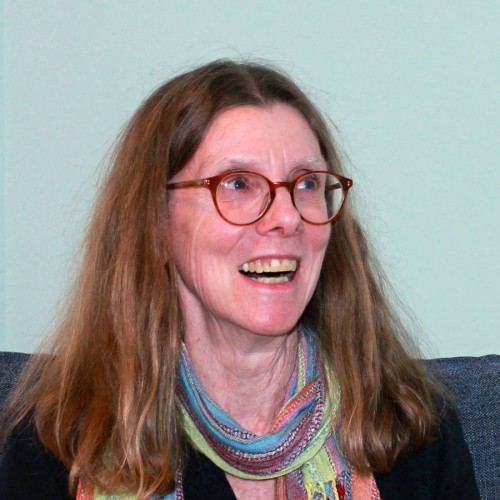 Sally Thodal has decades of experience in special education at Mary Hogan School and the Diversified Occupations Program.  A graduate of Middlebury College in Art, she also has studied Plant and Soil Sciences at UVM.  When not busy with Yellow House friends, she enjoys adventures with her grandchildren, gardening, and exploring woods and wetlands as a volunteer with the Native Plant Trust. 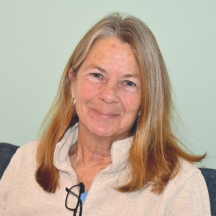 Georgia Hamilton is the youngest girl and sixth child of seven. She is married to Randy and they reside together in Middlebury. Georgia loves to be by the ocean, play in her gardens, listen to music, and bake goodies. She has worn many hats over the years, most of them working with children. She favors the clown hats she wore while teaching after school clubs in “Clowning Around.” Now, she is happy to say that she gets to hang her hat at YHC!